What smokers risk missing out on

New Year is a crucial time for motivating smokers to give up the habit, and our latest campaign with Smokefree South West strikes a darker tone than previous years.

Smoking is more prevalent in the South West than anywhere else in the country. These ads, part of the Be There Tomorrow campaign that encompasses TV, Radio and outdoor, take a hard line with people who risk their family’s future by continuing to smoke.

“I think this is an arresting, intelligent and deeply emotive creative campaign which will make people stop and think rather than turn off,” he adds.

The ads drive home the implications of the habit by highlighting the everyday, touching family moments and experiences smokers risk missing out on. They’re also designed to inspire family members who watch their loved ones smoke but currently feel powerless to do anything about it.

“We’re really excited about the hard-hitting nature of the Be There Tomorrow campaign and believe it will encourage smokers and those close to them to attempt to quit,” adds Kate Knight, Head of Social Marketing and Communications at Smokefree South West. “Bray Leino has delivered a campaign that balances challenging creative with an empowering promise that it’s never too late to quit and redefine your future.”

To find out more, visit: betheretomorrow.co.uk/ 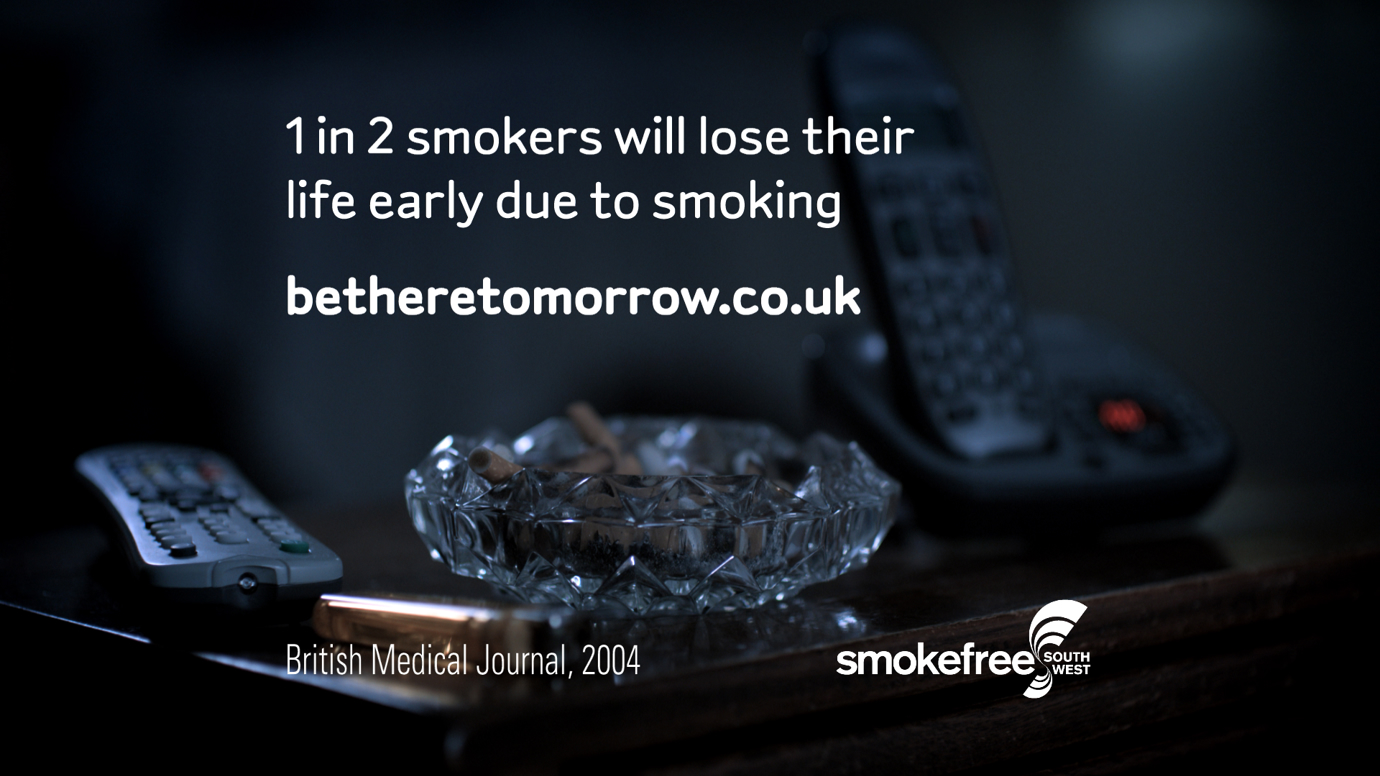