What’s next for the Census? – The facts & the future

The 2011 Census was a big project for us, as lead agency on the marketing and communications aspects of its delivery; so it’s been with a unique mixture of emotions that we’ve observed the portents of doom accumulating around the initiative as we know it, one that’s been part of British life for over 200 years.

For our part in 2011, we were able to deliver a highly efficient and massively complex marketing campaign, incorporating the latest behavioural economics thinking and adaptive planning techniques to generate savings upwards of £20m. Response hit 94%, an improvement on the previous project, with less marketing spend, and we all congratulated ourselves on a job well done.

To be fair, this is not a surprising, or even sudden development. Francis Maude indicated that the Census was facing the chop way back in 2010, mainly due to the £500m price tag of the last project, of which our section of responsibility represented a small part. In the unlikely event that the 2021 census retains its current form, the bill is forecast to come in at around £800m+.

There’s been understandable concern over how the demise of the comprehensive paper Census might leave us with a shortfall of knowledge when it comes to decision making on infrastructure, social planning and, most notably in this week’s more alarmist media coverage, predictions and measures of immigration.

The obvious challenge with the first option, as the ONS recognises, is that millions of people remain unconnected to the internet, meaning those who are online are an unrepresentative sample, skewed against the elderly and uneducated.

The more likely option, we feel, will be the second choice; where existing and currently ring-fenced government data is combined to provide a view of the population. The current ring-fencing is due to data protection laws, which would either require all data to be anonymised before it’s released, or would need a change in the law.

Neither option looks likely to match a detailed, personal 52-question document that’s routinely completed by 94% of the population. Personal data currently collected by the Census is released into the public domain after 100 years, providing a treasure trove of information for historians and researchers. Under these plans, there will be no personal data.

We risk losing a significant level of understanding on many levels of the people that make up Britain; planning decisions across many sections of society may be affected. How serious a problem this might pose remains a matter for the consultation and the government to decide.

The ONS predicts that 65% of Census respondents will use the internet in 2021, leaving a third of the population requiring some kind of offline follow up.

In 2011, just over 16% of Census returns were completed online in England and Wales (21% in London), which was seen as a resounding success. Without a radical strategy, it’s difficult to see how anywhere near the required levels of response will be reached with online alone. In Canada, for instance, where overall compliance with the Census is up around 98%, only 55% respond online. And the UK isn’t Canada; the British are famously far less compliant.

Perhaps what’s needed is some kind of incentive, beyond the implied legal ramifications of actively refusing to fill in the Census form, which include prosecution and a potential £1000 fine.

Maybe the 2021 project could exploit sports rivalry, encouraging competition between different parts of the country to get the most comprehensive or accurate data in their area? Or maybe they should combine it with the National Lottery, ‘your census form could be your ticket to £millions’… If you’re reading this at the ONS, you can have those for free.

There are other, more radical options; people today share far more personal information online that they’ve ever written in a Census form; what might the world look like in 2021 and beyond? A dystopian wonderland perhaps, where the decedents of Google and Tesco Clubcard know more about the population than our own government?

Partnering with brands or private companies might be one option for a future Census; Google Maps and other GPS firms could provide valuable transport infrastructure insight for instance, or Facebook might deliver a snapshot on people’s relationship status across the nation – yes, it’s complicated.

It’s not too big a leap from the growing awareness around the kind of legal and illicit data-gathering on individuals that we have today, to a world where the governments and brands share data on individuals, though such a move is unlikely to sit comfortably with the public against increasing levels of data paranoia.

Without the full Census, and even accepting the possibility that those kinds of controversial partnerships are feasible, it’s going to be a massive challenge to gather the level and depth of information we’ve enjoyed for the last 200 years.

Whatever the decision, expect controversy.

What should the future hold for the Census? Make your own mind up; you have until 13 December to get involved in the ONS consultation here. 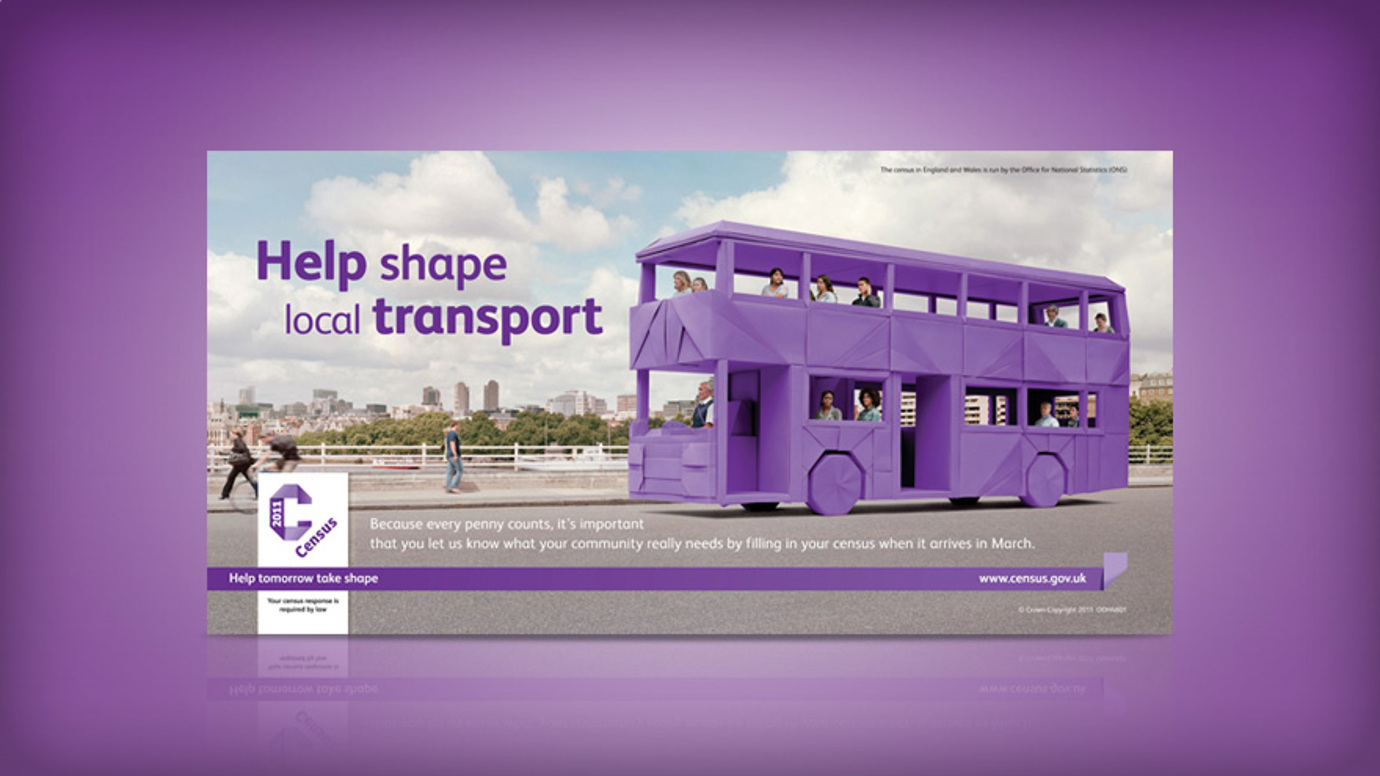