The great takeaway giveaway with Deliveroo

Takeaway tonight? Two words to make anyone’s day. Now imagine the takeaway’s free. Now imagine it’s a year’s worth of free takeaways. Now imagine that for a chance to win all you have to do is eat a pack of delicious Golden Wonder. Are you looking for the catch?

This year, we’ve teamed Golden Wonder up with everyone’s favourite food delivery service, Deliveroo, giving consumers the chance to win up to a year’s worth of free takeaways, with a new winner chosen every day.

The “Great Golden Wonder Takeaway Giveaway” is our latest no-nonsense prize giveaway for the iconic snack brand which pioneered on-pack promotions in the ‘70s and has, in recent years, revived the classic crisp packet competition through partnerships with Pizza Hut and Findmeagift.com.

Building on the success of 2019’s Wonder What I’ve Won campaign, which helped Golden Wonder’s growth outstrip the market, the 2020 giveaway extends the campaign with a full pack takeover across Golden Wonder, Ringos, Transform A Snack and Saucers product ranges.

The whimsical ad launched in Scotland on TV and VOD, delighting Ringos fans with a behind-the-scenes glimpse of a factory line Willy Wonka would be proud of. It extends to the North of England on VOD from May.

There’s just one thing left to wonder… Chinese or Indian? Or sushi, what about sushi… you haven’t had Italian for a while… and then there’s that great Lebanese down the road… 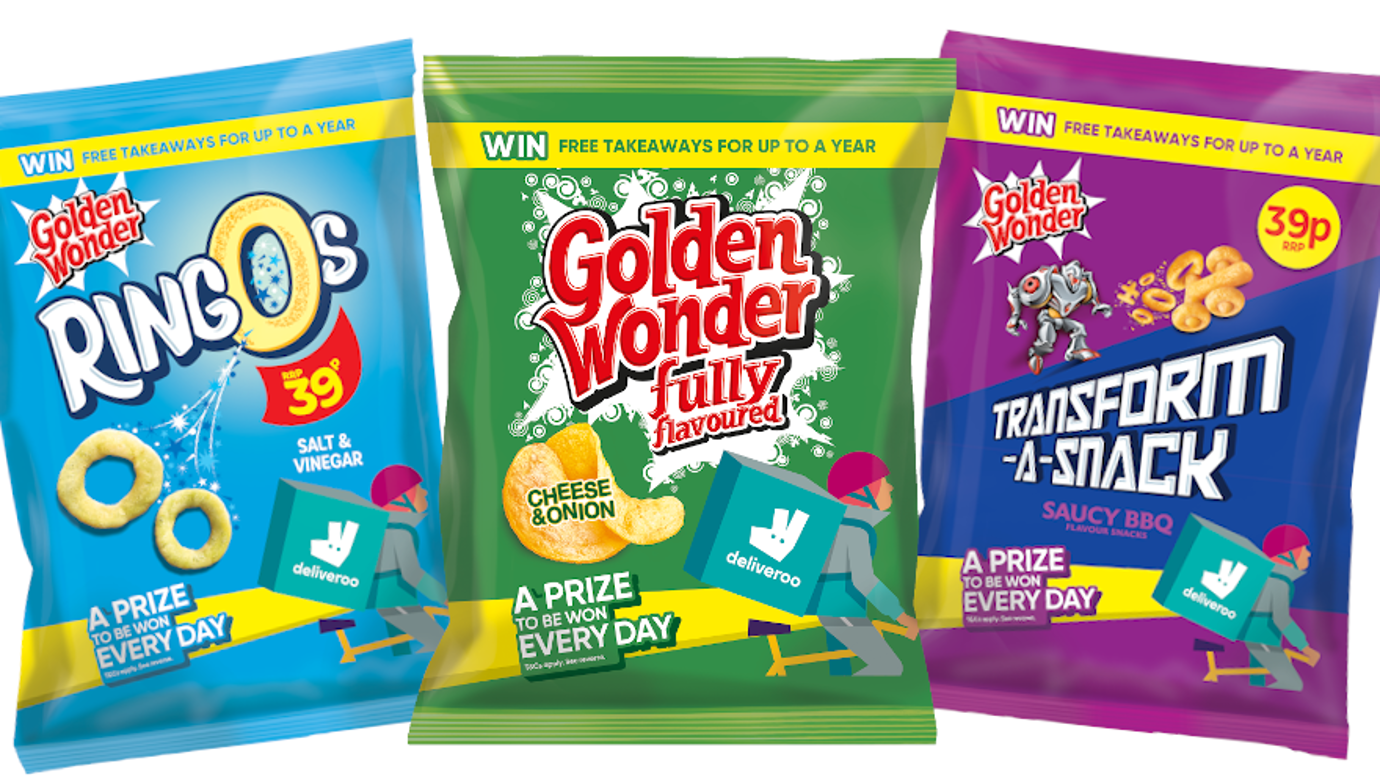